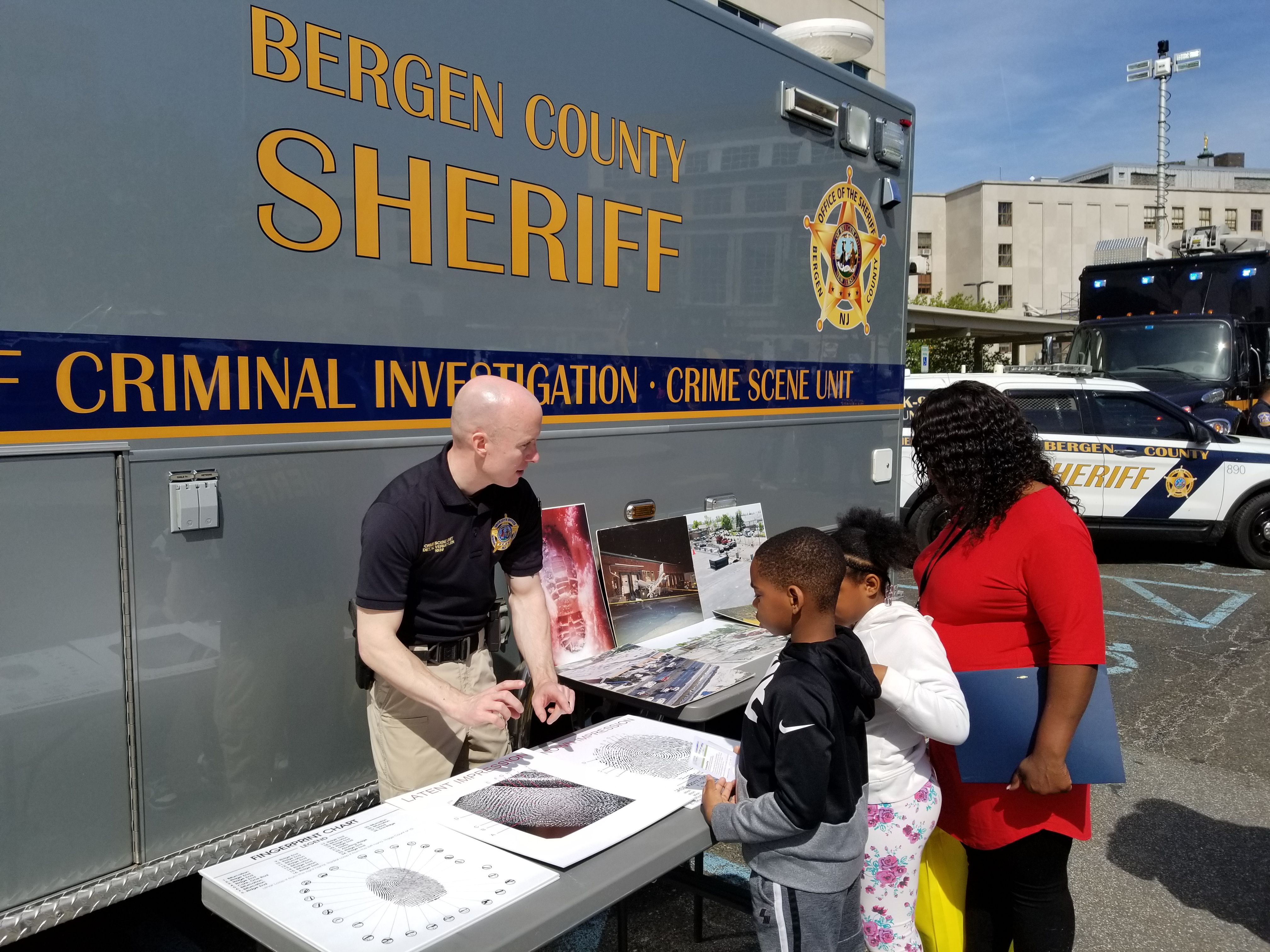 The Bureau of Criminal Investigations Crime Scene Unit (CSU) is an integral part of the Bergen County Sheriff’s Office, as well as the entire law enforcement community of Bergen County. Accomplished in all fields of forensic evidence, the CSU is capable of processing virtually every type of crime scene while serving the 70 municipalities of Bergen County.

The CSU continues to respond to all major crimes investigated by the Bergen County Prosecutor’s Office. The Bergen County Prosecutor’s Office Arson Squad, Fatal Accident Unit, Sex Crimes Unit, and Homicide Squad all utilize CSU when conducting criminal investigations. Additionally, the New Jersey State Police, federal agencies including the Federal Bureau of Investigation, National Transportation Safety Board, Federal Aviation Administration, and many other law enforcement agencies in the tri-state area also depend upon the expertise and experience of CSU personnel.

The Crime Scene Unit’s staff consists of trained professionals in the field of forensics, inclusive of evidence collection, photography, fingerprint processing and crime scene sketching. A civilian support staff also greatly contributes to the day-to-day operations of the CSU. The Bergen County Sheriff's Office-CSU is the largest autonomous crime scene unit in the State of New Jersey.

The major function of CSU operations is the processing of crime scenes for fingerprint evidence, and locating and securing biological and trace evidence. All evidence must be handled and secured in a manner consistent with the requirements for laboratory and/or D.N.A. evaluation. Field investigations also include the use of metal detection devices to locate weapons, bullets, and other types of metal-based evidence. CSU personnel, through the use of L.A.S.E.R. technology and traditional ballistic techniques, also perform projectile trajectory. Advanced photographic techniques can then be used to depict the trajectory path of a bullet.

Personnel are trained in the operation of a Ground Penetrating Radar system. The system has the capability of searching soil to depths of 20 feet below the surface for buried evidence or clandestine grave sites.

Upon completion of field assignments, CSU personnel must then complete necessary in-house support work. Some examples of support work include chemical enhancements of evidence (fingerprints, trace evidence), photography, fingerprint comparison, crime scene sketches and related report writing. CSU personnel are frequently called upon to testify in court as experts in fingerprint identification, as well as for other forensic disciplines.

Another area of the CSU’s responsibility is the handling and processing of submitted evidence, which has been recovered and secured by other law enforcement agencies and submitted to the CSU for processing. Upon completion of the evidence processing, the items are returned to the submitting agency with an associated written report containing the results of the examination.

Numerous agencies in Northern New Jersey depend on this service. Thousands of items are handled each year.

Whenever the Bergen County Prosecutor’s Office Arson Squad is called to a fire scene, CSU detectives respond as well. Fire scenes can be difficult and potentially dangerous scenes to process, as the fire-damaged structure itself must be entered in order to process the scene. At times, these investigations are conducted under the most extreme of conditions, including inclement weather, heat, freezing cold, darkness, and occasionally during incidents where the fire has not yet been completely extinguished.

CSU personnel not only conduct photographic examinations at scenes, but also collect evidence, assist with the recovery of human remains and search for fingerprint evidence.

The Bergen County Sheriff’s Office is on-line with the State of New Jersey’s A.F.I.S.. Fingerprints are entered into the terminal for a search of the criminal files in the New Jersey State fingerprint computer systems. Recent updates to the system has enabled the C.S.U. staff to not only search fingerprints but also palm prints. Powerful new search capabilities now include searches of the central biometric files of the Federal Bureau of Investigation (FBI).

Another search engine used by C.S.U. is the Bergen County Sheriff based Automated Fingerprint Identification System. This in-house system maintains hundreds of thousands of fingerprints and palm prints. The known fingerprints and palm prints are obtained from individuals processed by both the Corrections Division and Law Enforcement Division. The palm section of this database rivals the size of the statewide system.